The Younger Dryas Boundary Comet Impact Theory proposes that an extraterrestrial event, most likely due to a comet or multiple cometary fragments,  occurred at or near the beginning of the Younger Dryas and was instrumental in triggering a period of signifigant cooling on the Earth. The Younger Dryas is a known period of cooler climate lasting roughly 1,500 years that occurred between the Pliocene and the current era known as the Holocene.

Essentially the Younger Dryas is known to have occurred at the end of the last major Ice Age and has been a source of scientific debate and controversy for many years, however the existence of that period and the cooling which has been confirmed by Greenland glacier ice core studies as well as antarctic ice core studies is not at issue. It is the cause of the Younger Dryas that has been hotly debated. The comet impact theory grew in relevance by the publishing of a primary paper by Firestone et al. in 2007 which studied the existence of various impact markers at a number of North American sites such as nano-diamonds and platinum (among others) in a layer of sediment known as the “black mat” which dates to the start of the Younger Dryas.

This seminal paper has been followed by many additional papers with positive supporting evidence (as well as positions that are critical of the hypothesis because it remains very controversial) but it is now a scientifically viable theory with substantial evidence from multiple research teams. If the YDB impact theory is accurate, in at least the basic substance of its’ claims, it is a significant game changer for several other very serious factors defining earth science and human civilization. The purpose of this article is simply to point to some of the possibilities and provide  references to where people can pursue a greater depth of understanding of this fascinating topic.

Disclaimer: I am not a scientist by trade or training and have no vested interest in this or any other hypothesis be it historic, geologic or climatic. That said, it does not exclude me from discourse and/or conjecture which I will attempt to make with due seriousness and accuracy to every extent possible.

If true there will need to be significant changes to our “text book” understanding of prehistoric Earth history and human civilization. It will require serious rethinking and rewriting for the end of the last great ice age where the Pliocene gave way to the Holocene through one or more global cataclysms at the time of the Younger Dryas which sits between those two eras. The current mainstream position is that the great ice caps that covered vast regions of North America, Great Britain and Northern Europe melted gradually over thousands of years. However it is known that there were several significant rises in sea levels totaling as much as 400 feet to reach current sea levels. These large short-interval melting episodes have never been conclusively explained by the gradual melting theory.

One of the primary research elements of the YDIH is known as the “black mat” which is a dark layer of sediment dated to the start of the Younger Dryas which contains the various impact proxies along with evidence of catastophic fires. Evidence of the Clovis people and fossil records of megafauna are evident up to but not above the black mat layer in North America. 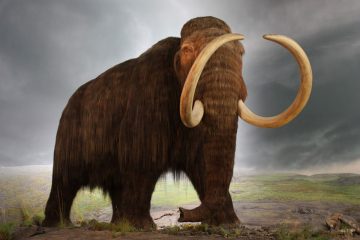 At the Younger Dryas black mat sedimentary level, the tools and encampments of the Clovis people of North America disappeared from the fossil record. Humans did not vanish from North America but their numbers appear to have been significantly reduced and their population return was associated with changes in tooling, suggesting a new culture had evolved.  But there was also a major change to all of the megafauna (animals over 100 pounds) in North America and throughout most of the planet, aside from Africa. These large and diverse animals went extinct and abruptly disappeared from the fossil record. In other words, there were large extinctions of animals who had survived and prospered in large numbers throughout the many thousands of years of the ice ages. Similar to the Cretatious-Tertiary extinction event that ended the reign of the Dinosaurs about 65.5 million years ago – now agreed to have been the result of a large meteor impact – the extinctions at the end of the last great ice age were also global and vast in scale.

The “text book” answer to the mystery has been that humans over-hunted the mega fauna into extinction. With spears and stone tools the stone age humans are said to have done to the Mammoths and Sabertooth Tigers (and many other species) what the European settlers and bison hunters – armed with rifles – came very close to doing to the American Buffalo in the late 1800’s. But many other large and dangerous carnivores went extinct as well as animals that were likely not extensively hunted by humans of the time. The over-hunting theory has always been one of convenience rather than irrefutable fact. 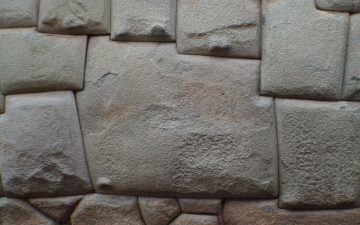 Associated with the possibility of a global catastrophe beginning at the start of the Younger Dryas approximately 12,800 YBP is the possibility that advanced human cultures were also destroyed. Unexplained structures and objects built of stone with hardness values exceeding the tooling known to early bronze age civilizations could find a logical source of existence in light of serious global cataclysms. Such events could have erased all but their hardest stone remains from the historic record. Granite walls built with incredible precision in Peru and other South American locations are found laying below the less sophisticated – albeit impressive and industrious – stone work of the Inca. Yet all works are attributed to those same bronze age builders. Precision Granite, Basalt, and Diorite objects such as the polished boxes in the Serapeum of Saqqara and cylindrical vases that were originally found in huge numbers beneath the Step Pyramid in Egypt are likewise attributed to the earliest Egyptian builders despite the capabilities required for their construction being of a vastly higher nature. It has long been postulated that there were advanced cultures preceding those known to our historic records. Those cultures took “stone age” building to a level that we would have trouble reproducing today, even with diamond tipped mechanized tooling. To many, the Sphinx and the Great Pyramid are included as ancient structures that do not fit the capabilities of their supposed dynastic builders.

It is not inconceivable that advanced and primitive humans existed simultaneously, perhaps even unaware of each other being separated by thousands of miles. This happens to this day with tribal cultures living in remote areas that have never seen the results of modern technology. What does need revision in order for the possibility to be accepted by mainstream science is the extending – considerably back in time – of an accepted date for advanced cultures to have been able to exist. Proof that global conditions could have been destructive enough to eradicate all but the stone evidence of those cultures from the historic record might also encourage acceptance of these possibilities . The Gobeki Tepi site in southern Turkey has been dated to approximately 11,000 KB which precedes dynastic Egyptians by 6,000 years and archeologists are still trying to wrap their heads around that. A number of years ago when asked how the discovery and dating of Gobeki Tepi affected his interpretations in Egypt the well known Egyptologist Zahi Hawass claimed he didn’t know anything about that discovery. That form of stonewalling is never helpful to emerging theories, and that is being kind. 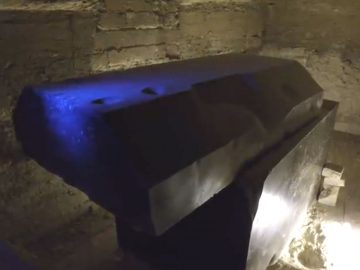 Of course the ancient lost civilization theories are highlighted by tales of Atlantis. This has always been a source of trivialization and derision from “serious” mainstream archeologists but it is true that the only reference to Atlantis came from Plato. He essentially claimed only to be retelling the stories of an Egyptian priest passed to him by a learned man of regard. Removing the imagination of contemporary speculation and knowing that the sea levels rose hundreds of feet at the end of the last ice age, it is not at all far fetched to believe that a city built on a coastline might be completely obliterated by the rising water and have its location forgotten to history. Remember that Pompeii was covered by ash from Vesuvius in recorded history in AD 79 and its location was forgotten, only to be rediscovered in 1592 which is almost 1,500 years later. Even so the clear understanding of Pompeii and Herculaneum were not made until the 1700’s when excavations began in earnest. Was Plato making this up? Those who discredit the possibility of the existence of Atlantis basically claim it was simply allegory.

As we are now pondering human impact on planet Earth with the consequences of barely a few centuries of pollution, population density and climate change it is also a fascinating time for the study of our planet’s most recent major epoch change from the last ice age to the time we know as the Holocene. We have previously thought that human civilization arose from a beneficial climate resulting from that change, despite knowing that we existed as a specie prior to same. Revelations of the intermediary period known as the Younger Dryas could shed a great deal of new light on our evolution and the changes resulting from dramatic global turmoil caused by extraterrestrial impact events.

On a warm summer night in 1994 I woke my young daughters and made them walk outside to stare blurry eyed through a small telescope at Jupiter just as one of the fragments of comet Shoemaker-Levy 9 was due to impact. I did this so they would perhaps remember having witnessed – though the scope wasn’t large enough to actually see the comet – an historic event that might never happen again in our lifetimes. We certainly hope it will not happen to our planet but perhaps it did happen about 12,000 years ago. Ironically, perhaps what happened 12,000 years ago in the Younger Dryas gave rise to changes that best suited humans on planet Earth such that we could be present to witness and understand what was happening to Jupiter on that evening in 1994. 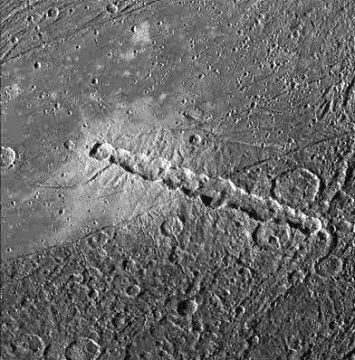 The YDB impact theory may have an important piece of physical evidence with the discovery of a large impact crater in Greenland called the Hiawatha crater. Initial dating looks promising but there may be potential conflict with climatologists – who I believe discovered the crater – where investigation focus is current climate change. Independent research might be needed to confirm dating of the crater. Whatever might come of this discovery there are certainly other viable avenues to be explored. It is also possible that a fragmenting comet might not even have to hit the Earth but rather to generate numerous large air bursts. Ganymede, a moon of Jupiter, shows evidence of multiple impacts from what appears to have been a line of separate fragments which could have behaved differently if they had struck the Earth’s atmosphere so there are many possibilities to be investigated. This matter is far from settled and should only become more interesting. 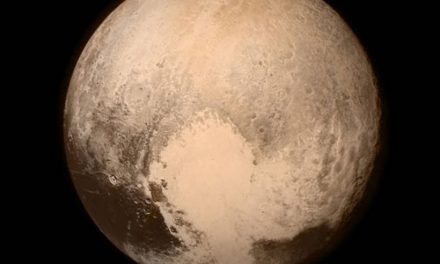